HomeEntertainment20 years after The Birdcage: A look back

20 years after The Birdcage: A look back 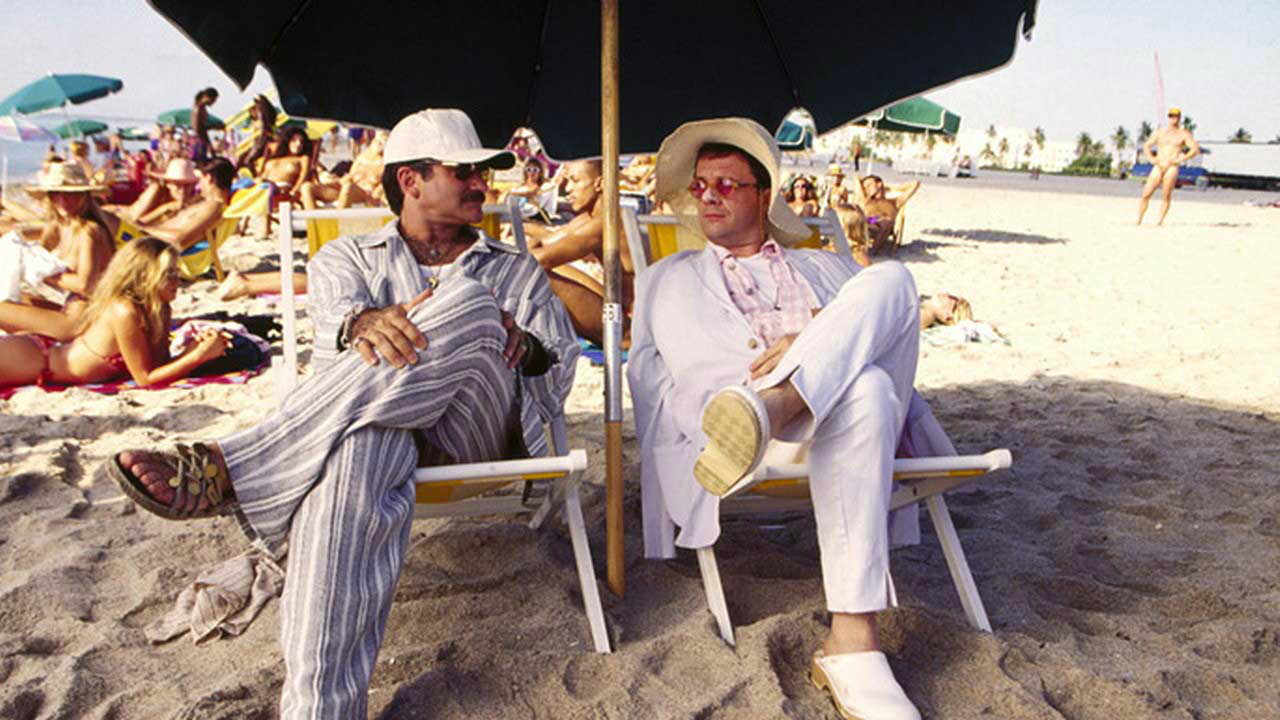 20 years after The Birdcage: A look back This year marks the 20th anniversary of The Birdcage, the iconic Mike Nichols remake of the 1978 French-Italian film La Cage Aux Folles.

The latter is based on a 1973 play of the same name by Jean Poiret.

In the mid-’90s, the subject matter of something like La Cage Aux Folles would have been surprising topic to remake as an English-language Hollwyood movie.

However, with the AIDS epidemic hitting its plateau, LGBT equality measures becoming part of a natural conversation, and the Christian Coalition dominating the call for family values and morality politics, it was timely as well.

The family values of The Birdcage

The Birdcage follows the Goldman family: Armand (Robin Williams), a gay nightclub owner, his partner Albert (Nathan Lane), who stars as a drag queen at the club, and their son, Val (Dan Futterman).

When Val gets engaged to Barabara (Calista Flockhart), they “straighten-up” their lives so as not to embarrass him in front of his fiancée’s conservative parents: a pearl-clutching political power couple played by Gene Hackman and Dianne Wiest.

In hopes of protecting Val’s relationship, the Goldmans do their best to disguise not only their lifestyle and orientation, but their religion, too, by changing their name to Coleman for the evening.

Obviously, hilarity ensues as they maintain– and eventually break– the charade.

The success of The Birdcage

Mike Nichols, notable for his films Who’s Afraid of Virginia Woolf, The Graduate, Silkwood, and Postcards From the Edge, was a natural fit for the project.

The screenplay was written by his long-time comedy partner, Elaine May, and it had a robust cast of talented actors like Williams, Lane, Hackman, Wiest, and Hank Azaria as the scene-stealing flamboyant housekeeper.

When it was released in 1996. The Birdcage was a box-office smash. With only a slightly Americanizing of the plot, this remake was faithful to the original film.

And With a domestic total gross of $124,060,553, it truly deserved the title of a true blockbuster despite not being the usual Hollywood, action-packed fare.

The Birdcage: a move forward

But what made it such a hit? It surely didn’t hurt that the cast was jam-packed with big-name actors who infused their roles with hilarity and warmth.

Some said the movie reinforced tired stereotypes, and because the movie was sold as a comedy, not a ‘gay’ film, it became a success.

Others suggested it offered positive images that ultimately helped move the needle on marriage equality.

This line epitomizes how the LGTQ community felt back then in the ’90s, and the movie captures that time and their feeling oh-so perfectly.

20 years later, one thing is certain: The Birdcage took gay representation to bold new places at a pivotal moment in the struggle for LGBTQ visibility and civil equality.

For that, The Birdcage deserves to be celebrated.

Transgender pregnancy: Is it possi...