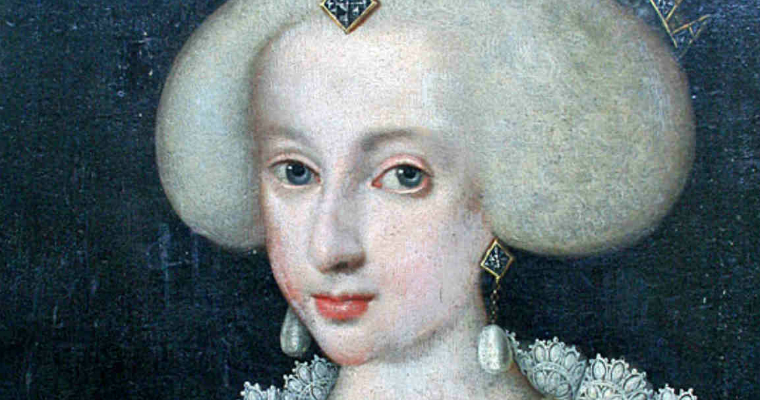 Lesbian News’ December issue featured a movie review of The Girl King, the 2015 biography of Queen Christina of Sweden. But we thought the character was so fascinating that we decided to look up the facts behind the character.

Here are 5 interesting facts about the Swedish Queen Christina.

Fact# 1: Queen Christina abdicated the crown after 10 years of ruling

Queen Christina became heir-elect and queen with the death of her father, King Gustav II Adolf. She claimed her throne at the age of 18 before deciding to abdicate her position as ruler of Sweden in favor of her cousin, Charles X Gustav.

Her reason was that she didn’t want to marry. However, the supposedly secret reason why she abdicated because she wanted to convert from the state religion of Lutheran to Roman Catholicism.

Despite her abdication, she couldn’t help but be a ruler, with her later efforts to become the queen of Naples, the ruler of Poland, and even consider a return to power in Sweden.

What’s more, years after she abdicated, she declared the Roman Jews under her protection as her right as queen.

Fact# 2: Queen Christina was no beauty, but she was damned smart

Most descriptions of Queen Christina were unanimous in that she was ‘mannish’ with a deep voice and shoulders of irregular height (supposedly because her wet-nurse dropped her on the floor). She also shocked a lot of her people because she dressed and acted like a man (which wasn’t how royal ladies acted at the time).

However, she was intelligent, passionate, strong-willed, and well-spoken. Before she became ruler, she went up against her own council of regents (led by Chancellor Axel Oxenstierna) on issues of politics and military action.

As queen, she managed to lure the philosopher Rene Descrates to Sweden in order to organize a scientific academy. She also charmed the Vatican to welcome her after leaving her throne, and managed to become influential in Europe even without her royal power.

Fact# 3: Queen Christina had a number of lovers, both men and women

One reason Queen Christina was reluctant to marry was supposedly because she was a lesbian. She supposedly had an affair with the Countess Ebba Sparre, whom she called ‘Belle’ and described as her ‘bed-fellow.’

Aside from the countess, the Queen also had other female lovers.

However, some reports noted she was also the lover of her lifelong friend, Cardinal Decio Azzolino, who she eventually made her heir before she died. Likewise, before she became queen, she reportedly had a secret engagement with her cousin, Charles X Gustav, who was infatuated with her.

Fact# 4: Queen Christina had an independent streak and made her own way

Before she rose to power, she was taught like a prince by the theologian Johannes Matthiae while five regents headed by Oxenstierna governed the country. Oxenstierna himself taught her politics and brought her to council meetings when she was 14.

But as she grew older, she butted heads with her chancellor, like whether Sweden should end its role in the Thirty Years Wars.

She also refused to marry despite pressure from the nobility, and more importantly, she was willing to risk putting her country through a civil war with her conversion to Roman Catholicism.

She even ordered the death of a man, the Marchese Gian Rinaldo Monaldeschi, for allegedly betraying her plans to become the queen of Naples. Though someone else carried her order, she carried the burden of Monaldeschi’s death on her shoulders though it cost her popularity with Rome.

Though lesbians considered Queen Christina as a symbol, it didn’t stop talks that she was a hermaphrodite because of the ambiguity of her birth.

As such, some scientists exhumed her body in 1965 to analyze skeletal evidence. The results were inconclusive, but the findings indicated that the skeleton of Queen Christina was typically female in structure.