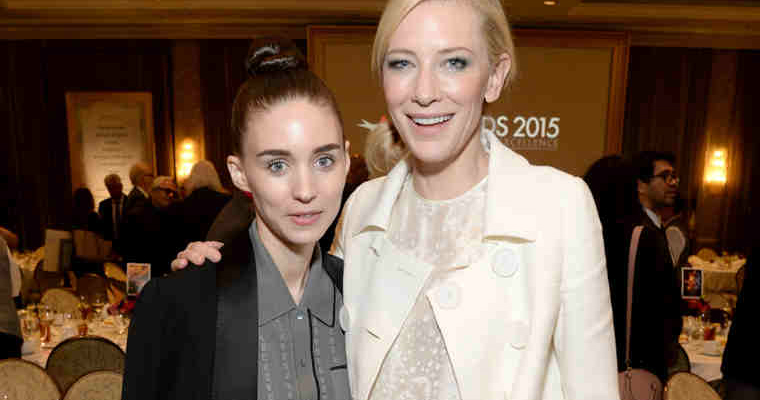 Unlike the other film and TV awards, the 2015 AFI Awards makes it a point not to have winners or losers. Rather, they honor the creative ensembles behind the year’s most outstanding films and television.

That’s why just a few days before the Golden Globe Awards and the naming of the Oscar nominations for 2016, the American Film Institute (AFI) celebrated a year of movies and TV shows with a luncheon at the Four Seasons in Beverly Hills, California last January 8.

Present at the star-studded event include the best of the best in the entertainment community, like Steve Carell, Ryan Gosling, Rooney Mara, Jon Hamm, and Ridley Scott.

Pete Hammond of the film website Deadline called it the ‘feel-good’ event of the year. This is because as AFI president Bob Gazzale said, the AFI is a “campaign-free zone,” where “you don’t have to thank anybody. We are here to thank you.”

In other words, studio heads, directors and producers, movie and TV celebrities and personalities are able to enjoy a good lunch with the company of their peers while AFI announces their list of top 10 best movies and TV shows of the year.

The honorees of the 2015 AFI Awards

The AFI movies and TV shows of the year are the following:

A special award was also given to the TV series Man Men, citing it for teaching “the world to sing of television as an art form” during its 9-year run. As such, AFI offered “a two-martini toast” to what they dubbed “an American masterpiece.”

Among the guests that attended the event include: To commemorate the event, the 2015 AFI Awards luncheon opened with the Institute’s signature March of Time montage, which weaves the year’s most outstanding films and television into the history of the medium, from 1895 to the present day.