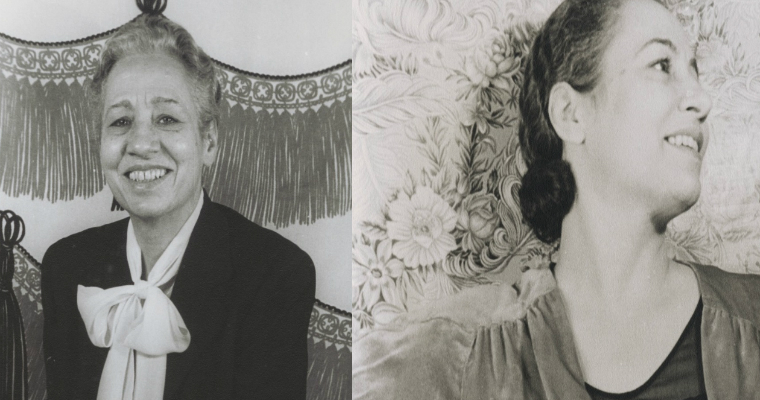 Edna Thomas and Olivia Wyndham lived in two separate worlds: Thomas was an up-and-coming black actress while Wyndham was an English aristocrat who had just moved to America.

What’s more, both of them were married to two different men. But ironically, that didn’t matter.

This is because Edna Thomas and Olivia Wyndham were able to admit their love for each other that transcended both racial and sexual boundaries of the period.

Edna Thomas’s life began in hardship. Born as an illegitimate child of a 12-year old black nursemaid and the white man who employed her, Thomas grew up in a black neighborhood with everyone knowing she was a bastard.

Though her stepfather beat her, her grandmother instilled in her good moral values: Thomas said: “I’ve always been lectured about virtue. If I were not good, my grandmother said she would come back and haunt me.”

Her first marriage was to a spoiled son of a rich black family. Obviously, the marriage was unsuccessful despite her best efforts. The first husband died later on due to tuberculosis.

A widow at 28, Thomas made the first step to marry Lloyd Thomas, a black manager. Cold and indifferent, he was also unfaithful to her.

While dancing with a woman, she said that “something very terrific happened to me– a very electric thing. It made me know I was homosexual.”

It was around that time that Lloyd introduced her to Olivia Wyndham, who had recently arrived from England.

Olivia Wyndham: Enjoying from the cup of life

Olivia Wyndham Spencer came from one of England’s most distinguished families and was the great-great-granddaughter of the last Earl of Egremont.

Unfortunately, Howland Spencer, her husband– who was also gay– married her for her money, which wasn’t much to begin with.

Garnering a reputation for herself in London, Wyndham was one of the original London ‘it’ girls and partygoers of the 1920s. One time at a circus party, she came as a snake charmer with real snakes wrapped on her body.

As a photographer and a recovering cocaine addict, she traveled to New York where she became part of the black bohemian circles there.

Introduced by black socialite and heiress A’Lelia Walker, Wyndham fell head over heels with Thomas. At first, the stage actress was unreceptive.

But then Thomas later “yielded” (as she said in her own words) to Wyndhma’s overtures. Thomas said: “I had avoided her because white women are unfaithful. She was persistent, to the point of annoyance.”

Eventually, the Englishwoman lived with Thomas and her husband in 1930 in a cooperative unit in an apartment on 1890 Seventh Avenue.

Though Thomas went on to create a name for herself as an actress and Wyndham found a home for herself in Harlem and Brooklyn, their relationship was an inspiration for other lesbians who lived during that period.

5 cheating clues in a lesbian rela...