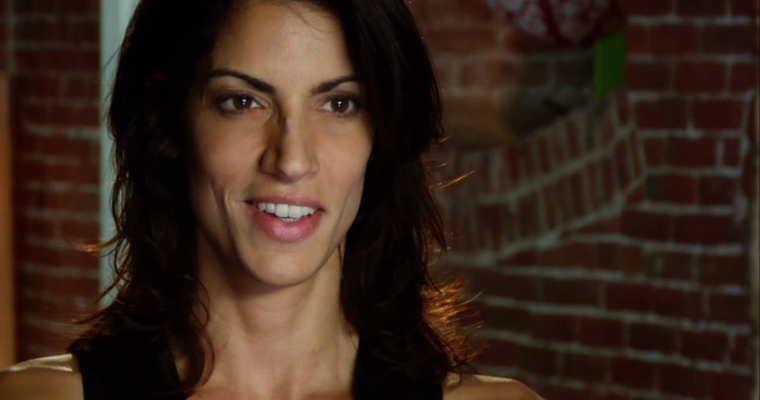 Cathy DeBuono has been around, and we mean that as a compliment. You could say she’s one versatile lesbian. Still, that doesn’t even begin to describe the many facets of DeBuono.

At age 46, DeBuono has been in sports, film, TV and, most recently, she’s a radio talk show host.

She’s also one of the most fervent LGBT activists around who has spoken up about lesbian issues at rallies and events, particularly marriage equality.

Born on March 20, 1970 in Yonkers, New York, Cathy DeBuono first came into the limelight as a volleyball player who won two gold medals during the United States Olympic Festival in 1991 and 1992.

She also won numerous awards and medals in her area of sports expertise.

Due to a knee injury, she had to end her volleyball career and shift to a less strenuous field. She took up acting when she enrolled in the American Academy of Dramatic Arts and performed in a stage production directed by actress Ashley Judd.

She graduated in 1994 and in 2003, she earned a master’s degree in clinical psychology, which led to another career as a licensed psycho-therapist.

In 1995, she took on a recurring role in Chicago Hope, one of the longest running series in CBS. She became part of Star Trek: Deep Space Nine in its last three season as M’Pella.

She was also part of the following series: Jenny, The Pretender, Pacific Blue, Martial Law, Becker, and Exes and Oh’s.

Her first foray into film was a brief role in Romy and Michelle’s High School Reunion. This led to meatier roles with LGBT inclinations.

In 2002, she appeared in Gay Propaganda. In 2007, she was cast in the award-winning Out of the Wedding. And in 2008, she starred in the popular romantic comedy And Then Came Lola.

Though they split up in 2013, DeBuono and Jill Bennett were quite a pair when they were together. The two met on Out of the Wedding but only began dating during the filming of And Then Came Lola.

The two were inseparable as LGBT activists and starring, producing, and directing the popular online series We Have to Stop Now for an MTV affiliate website.

The show was about the struggles within the marriage of a power lesbian couple who were therapists. The video blog, or vlog, was both intelligent and funny and was one of the most downloaded vlog of Viacom.

It was nominated for LOGO’s Best Vlog Ever and was named Best Web Series by Curve Magazine for three years.

Since 2011, DeBuono hosts her own radio show called Cathy Is In, where she combines her clinical psychologist education and comedic skills.

From the US to the UN: Fighting fo...