Is Elizabeth Warren our best hope against Trump?

Is Elizabeth Warren our best hope against Trump?

Presidential candidate and US Senator Elizabeth Warren may not be directly a member of the LGBT community like rival Democratic Party candidate Pete Buttigieg, but she’s sure giving the latter a run for his money.

Warren has always been a straight talker and she hits hard when she needs to.

So when Warren gave a deadpan response on same-sex marriage during a recent CNN forum on LGBT issues, it drew applause and admiration.

Warren was replying to Morgan Cox, the chair of the Human Rights Campaign board of directors, who had asked a question.

Cox asked Warren how she would react to a supporter who would tell her: “I’m old-fashioned and my faith teaches me that marriage is between one man and one woman.”

Warren gave this reply: “Well, I’m going to assume it’s a guy who said that. And I’m going to say, then just marry one woman. I’m cool with that. Assuming you can find one.”

While LGBT issues have been a solid plank in the Democratic Party advocacy, Warren has also come up with her own plan to secure LGBT rights, even as she’s declared her support for the Equality Act.

Elizabeth Warren for US president

Warren made her announcement to run for the 2020 presidential campaign at the start of this year in a rally in Lawrence, Massachusetts at Everett Mills

This location was where the historic 1912 labor strike led by women and immigrants happened.

Warren said: “The man in the White House is not the cause of what is broken, he is just the latest and most extreme symptom of what’s gone wrong in America.”

“A product of a rigged system that props up the rich and powerful and kicks dirt on everyone else. So once he’s gone, we can’t pretend that none of this ever happened,” she said.

She also said she will refuse to accept donations from lobbyists and corporate PACs, as well as support from super PACs.

However, she has also been criticized for her past claims of having Native American heritage, for which she has already apologized for.

Who’s afraid of the US economy?

Many have also criticized Warren’s liberal, government-funded policies to reshape the American economy and rebalance the country’s wealth.

For one, Warren isn’t saying whether middle-class Americans would pay higher taxes with her proposed “Medicare for All” plan. The only thing she’s said is that: “Costs will go down.”

But she’s also said: “There’ll be plenty of doubters and cowards and armchair critics this time around. But we learned a long time ago, you don’t get what you don’t fight for.”

So what do you think: could Warren be the one who can help the LGBT community vote out President Donald Trump in the 2020 elections? 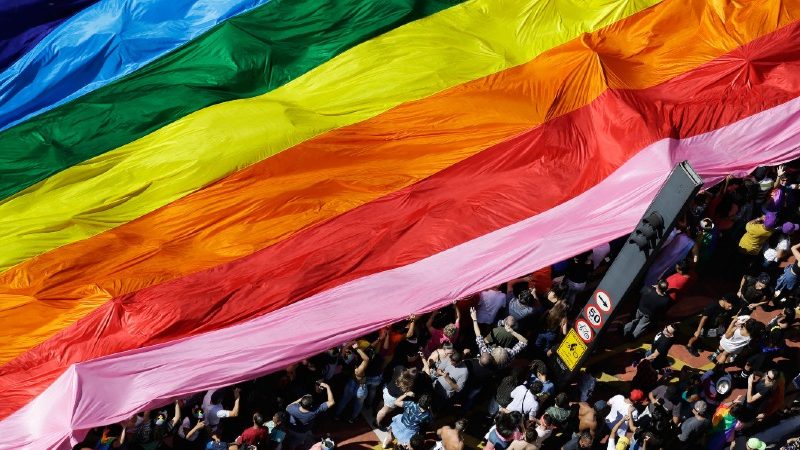 Were there more LGBT votes for...