Gertrude Stein was an American author and poet known for many things: her modernist writings, her extensive art collection, and the literary salon she maintained in 1920s Paris.

It was at the Paris salon Stein hosted where the leading figures of modernism: Pablo Picasso, Ernest Hemingway, F. Scott Fitzgerald- would meet.

Hemingway would later popularize the term “Lost Generation.” This was coined by Stein herself as a label for the generation that came of age during World War I.

Who was Gertrude Stein, and how did she become an influential figure of her generation? Moreover, how is she connected to LGBTQ history?

Gertrude Stein was born on February 3, 1874, in Allegheny, Pennsylvania. She was the daughter of a wealthy merchant, and she spent her early years in Europe with her family. The Steins later settled in Oakland, California.

Stein graduated from Radcliffe College in 1898 with a bachelor’s degree. While at the college, she studied psychology under William James and would remain greatly influenced by his ideas.

She went on to study medicine at the prestigious Johns Hopkins Medical School in Baltimore, Maryland. In Baltimore, Stein met Claribel and Etta Cone, who held Saturday evening salons that she would later emulate in Paris.

The Cones shared an appreciation for art and modeled a domestic division of labor that Stein would replicate in her relationship with Alice B. Toklas.

While a student at Johns Hopkins, Stein experienced an awakening of her latent sexuality. She became infatuated with Mary Bookstaver who was involved in a relationship with a medical student, Mabel Haynes.

In 1903, Gertrude Stein moved to Paris, France, to be with her brother Leo.

When Leo Stein moved to Italy in 1912, Gertrude remained in Paris with Alice B. Toklas, who would become her lifelong companion.

While there, she established her famous salon.

By the early 1920s, Gertrude Stein had been writing for several years, and had begun to publish her work.

Intended to employ the techniques of abstraction and Cubism in prose, much of her work was virtually unintelligible to even educated readers.

Stein is the author of one of the earliest coming out stories, “Q.E.D.” (published in 1950 as Things as They Are). The story is based on the love triangle she involved in while studying at Johns Hopkins in Baltimore.

In Tender Buttons, Stein comments on lesbian sexuality and the work abounds with “highly condensed layers of public and private meanings” created by puns and wordplay.

During World War I, Stein and Toklas served as ambulance drivers for the French. After the war, Stein maintained her salon and served as both hostess and an inspiration to well-known American expatriates in Paris.

She also lectured in England in 1926 and published her only commercial success, The Autobiography of Alice B. Toklas (1933), which she wrote from Toklas’s point-of-view.

Stein made a successful lecture tour of the United States in 1934, but returned to France, where she would reside during World War II. After the liberation of Paris in 1944, she was visited by many Americans.

Gertrude Stein died on July 27, 1946, in Neuilly-sur-Seine, France. She is unfortunately remembered today largely as an interesting personality whose works are seldom read.

Critics may be divided on the merits of Stein’s work, but the memory of her strong, witty personality survives, as does her stamp on contemporary literature.

Moreover, she serves as a strong inspiration figure for many of the LGBTQ community. 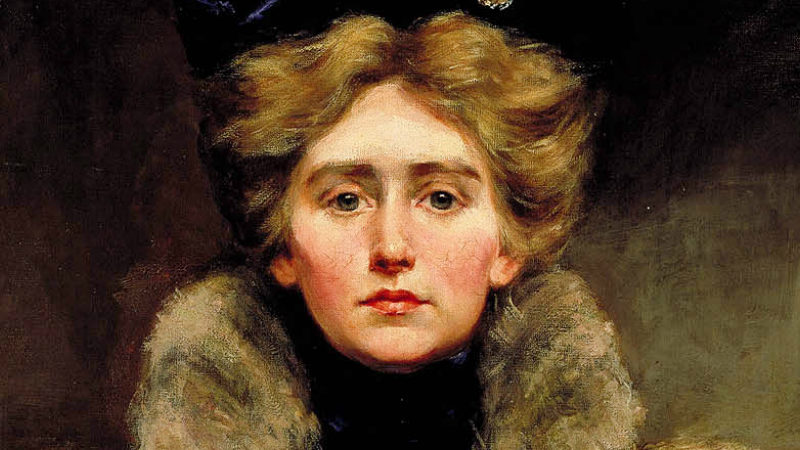 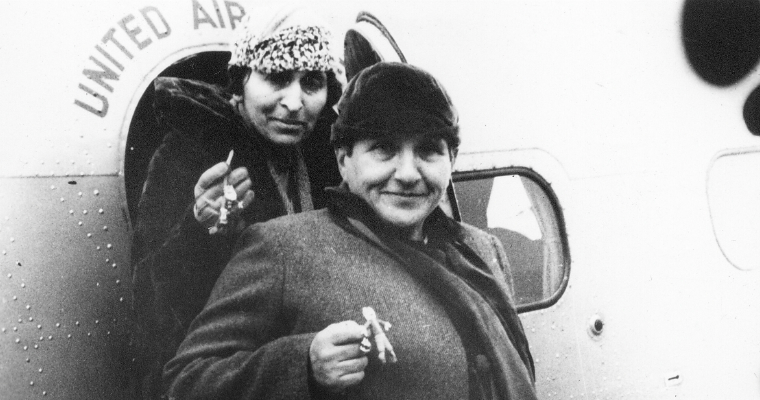 Gertrude Stein and Alice B. To...