It’s now official: the iconic LA Pride Parade for this year will be a protest march in solidarity with the upcoming National Pride March on June 11.

Christopher Street West (CSW), the nonprofit association that organizes the LA Pride every year, made the decision to make the parade part of the LGBTQIA and POC Equality RESIST March that will happen in major cities.

It’s a sign of the times under the Trump administration when a Pride Parade is being considered as a protest march. However, this shouldn’t be a surprise as pride parades have always had their roots in protest.

“We’re changing the format this year to let people know we care about human rights, whether you’re a woman, a dreamer, or an LGBTQ person,” said CSW board member Brian Pendleton.

Pendleton also said that this year’s march will take its inspiration from the huge Women’s March that took place after President Donald Trump was sworn-in.

“We’re getting back to our roots. We will be resisting forces that want to roll back our rights, and politicians who want to make us second-class citizens,” he added.

When the first LA Pride Parade happened in 1970, the police commission tried to stop it by citing the possibility of attacks.

However, it later became accepted and the parade soon expanded to a festival happening over several days.

As Marykate Jasper wrote in the website The Mary Sue, “On the surface, this doesn’t necessarily change much. In many ways, a Pride parade is inherently an act of protest: an adamant refusal to be silenced and forced out of public spaces.”

“However, it’s also true that, as LGBTQ acceptance has spread, the Pride parades in major, liberal cities have lost their radical roots and become more like citywide parties,” Jasper pointed out.

The Pride March will go through West Hollywood as usual. But due to the construction on West Hollywood Park, the LA Pride Festival won’t have as much space as in the past years.

CSW board president Chris Classen said they stand to lose 70 percent of this year’s parade “footprint” because of the construction.

Because of this, there may only be space for one stage as compared to last year’s three stages. Around 250,000 to 500,000 people are expected to attend this year’s pride.

The march will run three miles: from Hollywood Boulevard and Highland Avenue in LA, to La Brea Avenue and Santa Monica Boulevard, and then finally to San Vicente Boulevard in West Hollywood where the festival entrance will be. 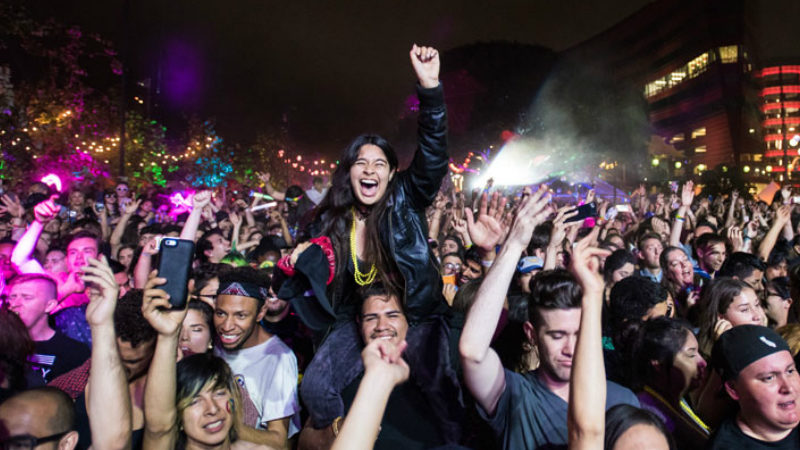