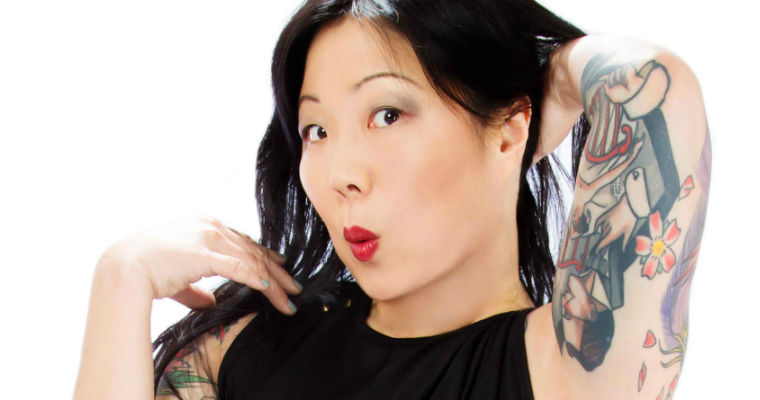 Why are comedians like George Carlin, Joan Rivers, Dave Chappelle, and Margaret Cho known for making social commentaries? Whether or not they mean to, comedians mine the hard topics because: (a) they have to poke at something sensitive to draw out laughter, and (b) they have to be honest to speak about what’s taboo in society.

On the other hand, comedian, author, and singer-songwriter Margaret Cho speaks her mind and doesn’t let anything stop her, especially when it concerns her advocacies on women, Asians, and the LGBT community. In her case, she’s out to get people riled up—but most of the time, she’s got her audience eating out of her hand.

Margaret Cho on choosing the life that you want

She’s been around the industry, having made her mark with her stand-up routines. She’s stirred the pot more than enough times with one-liners and zingers (like her recent remark on Miley Cyrus’ hair at the MTV Video Music Awards). She’s even documented her struggles, whether through her comedy tours, her books, or through her movies.

She’s definitely earned her scars from the hardships and failures in her life. But she’s taken these things, drawing from the experience in her life, and turned them into fuel that pushes her. So it’s no surprise that her current tour is called The PsyCHO Tour, as she lets the world see the anger that’s driving her—as well as being touched by the craziness of the world.

After all, Margaret Cho may be making you laugh, but she’s really speaking about the things that matter. That’s why we’re putting her on our cover for the month of September. Because sometimes, we all need to be driven by our anger and touched by a little craziness of the world to get by.

Margaret Cho live on the internet

If this is the first time you’ve heard of her, you’re in luck because the Internet has some good samples of her brand of comedy. Take a look below as she talks about political correctness with Seth Meyers: