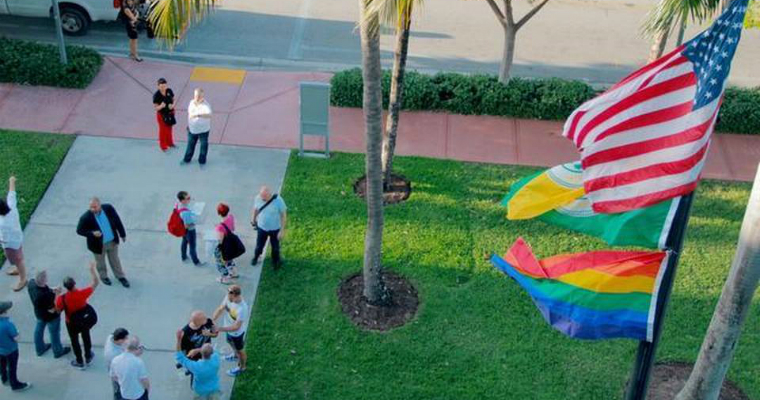 Two separate lists of LGBT-friendly colleges (as well as unfriendly ones) were recently released to help guide LGBT youth to a safe, open, and educational university experience.

On one hand, the Princeton Review came up with their list of Most LGBT-Friendly Colleges for this year, ranking Sarah Lawrence College in New York as tops for LGBT students. Meanwhile, Campus Pride ranked schools like Cornell University and Ithaca College as the most LGBT-friendly.

On the other hand, the Review also reported colleges that were not friendly to LGBT youth, like Wheaton College. Using a different method, Campus Pride came up with a ‘Shame List’ of campuses “for the purpose of calling out the harmful and shameful acts of religion-based prejudice and bigotry.”

The LGBT-friendly list produced by the Review is part of their annual lists of best US colleges and universities.

The central question asked in their survey of more than 140,000 students was: “Do students, faculty and administrators treat all persons equally, regardless of their sexual orientation and gender identity/expression?”

Their LGBT-friendly list ranked Sarah Lawrence (New York) as number one. Others in their list were Stanford University (California) and Brown University (Rhode Island).

Additionally, the Review reported of the colleges that were considered LGBT-unfriendly, like Wheaton College (Illinois), Hampden-Sydney College (Virginia), and College of the Ozarks (Missouri).

Campus Pride, a non-profit organization representing student leaders and campus groups, had their own separate lists.

In particular, the group identified 102 of the absolute worst campuses for LGBT youth as those that “openly discriminate against LGBTQ youth in policies, programs and practices.”

Many on their ‘Shame List’ were private, religious-based institutions that had requested or received exemptions for Title IX because of their religious affiliations.

Using the searchable database of the US Department of Education, Campus Pride noted those schools that requested or received exemptions from LGBT-inclusive nondiscrimination protection due to the school’s stated religious affiliation.

“Religion-based bigotry is careless and life-threatening. Families and young people deserve to know that this list of schools are the worst for LGBTQ youth,” Campus Pride’s Executive Director Shane Windmeyer said.

Windmeyer added that these schools “are not loving, welcoming, safe spaces to live, learn and grow– and nobody wants to go to a college that openly discriminates against anyone.”

The following states– Texas, California, Missouri, Florida, Oklahoma, and Kentucky– had more than four colleges on the list.

The sexual fluidity of Clementine...

5 LGBT children’s books you can re...