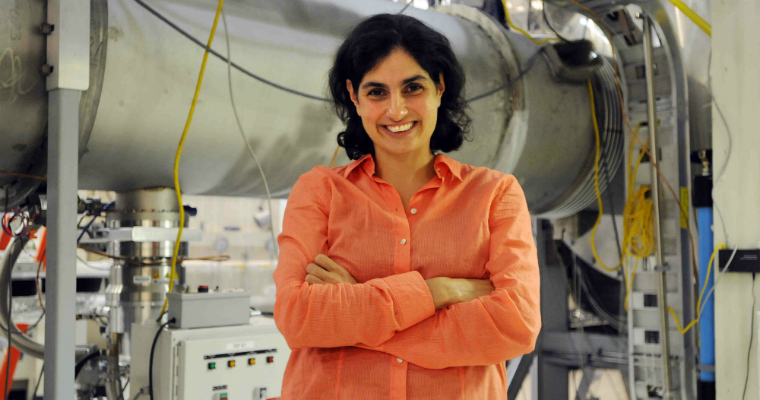 Dr. Nergis Mavalvala, an esteemed professor of physics at the Massachusetts Institute of Technology (MIT) in Cambridge, is the woman who helped prove Albert Einstein’s theory on gravitational waves.

She is an immigrant from Pakistan, a mother of a 4-year-old daughter with her partner, and a self-described “out, queer person of color.”

Together with her colleagues at MIT, Nergis had helped prove Einstein’s theory of the existence of gravitational waves, or ripples in spacetime.

Einstein had made this prediction almost a century ago but scientists had no way to observe it since then.

With the use of an ultrasensitive telescope that they had built, the scientists had detected gravitational waves– created from the collision of two black holes that happened some 1.3 billion years ago– for the first time.

Born and raised in Karachi, Pakistan, Nergis had first come to the US as a teenager to attend schooling in Wellesley College in Massachusetts.

She graduated from the school, receiving a bachelor’s degree in physics and astronomy.

Later on, she received the prestigious 2010 MacArthur Fellowship, which made her an inspiration for other women and LGBT students.

Nergis Mavalvala: At ease with herself

For someone like her, what she was– an immigrant, a person of color, a woman, a lesbian– could have been a hindrance to what she wanted to do.

However, Nergis said, “I am just myself. But out of that comes something positive.”

She admitted that she wasn’t aware of her sexual orientation as a girl in Pakistan, or while as a student at the all-women Wellesley College.

Before coming out, she figured her sexuality would make little difference to those in her work environment.

“Some people venture into places others consider dangerous or unsavory. They are not foolish or fearless. They read a situation and have some confidence in reading it well enough, so they go there,” she added.

She fell in love in early twenties and her girlfriend began visiting her at the lab, an organic process in which she said: “I have never had negative experiences because of this. My work environment was very supportive.”

It is probably because of this that the 47-year old Nergis Mavalvala is at ease with herself: “I am not someone who is, at all, ‘in your face.’ I am quite happy to go unnoticed.”