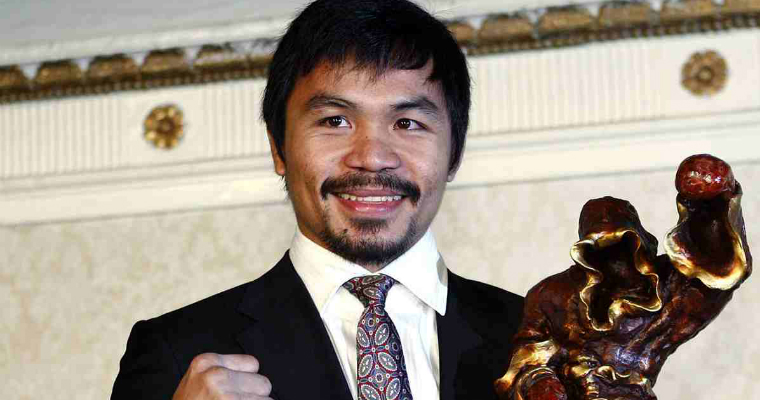 It doesn’t take a genius to know that if you say something terrible, there will be consequences. For Filipino boxing champion Manny Pacquiao, that’s sports brand giant Nike dropping him over an anti-gay statement that they considered ‘abhorrent.’

This comes after Pacquiao said in an interview: “It’s common sense. Do you see animals mating with the same sex? Animals are better because they can distinguish male from female. If men mate with men and women mate with women, they are worse than animals.”

Manny Pacquiao and the LGBT

Pacquiao, who has won championships in eight weight classes and is also a second-term congressman, is currently running for senator in the Philippines’ general elections. He is also a Born-Again Christian pastor.

Last Tuesday, the boxer was recorded having issued the anti-gay statement, which drew swift condemnation from gay rights groups, celebrities, and fellow politicians in the Philippines, as well as criticism from boxing promoter Bob Arum and basketball legend Magic Johnson.

He later apologized for the statement over social media: “I’m sorry for hurting people by comparing homosexuals to animals. Please forgive me for those I’ve hurt. I still stand on my belief that I’m against same-sex marriage because of what the Bible says, but I’m not condemning LGBT I love you all with the love of the Lord. God bless you all, and I’m praying for you.”

Ironically, while he was videotaped giving the apology, he was wearing a T-shirt with a prominent Nike logo on the chest.

This was enough for Nike, the world’s largest sports apparel brand and a supporter of several LGBT groups. They were also one of Pacquiao’s biggest sports sponsor.

In a statement, the sports brand said: “We find Manny Pacquiao’s comments abhorrent. Nike strongly opposes discrimination of any kind and has a long history of supporting and standing up for the rights of the LGBT community.”

“We no longer have a relationship with Manny Pacquiao,” they declared. After this announcement, the boxer posted a number of Bible verses on Instagram, one which called for gays “to be put to death.” This was later deleted.

The post, which included a picture of him and his wife, included Leviticus 20:13: “If a man has sexual relations with a man as one does with a woman, both of them have done what is detestable. They are to be put to death; their blood will be on their own heads.”

Prior to this issue, Manny Paquiao was an endorser for Nike since 2006. However, this wasn’t the first time Nike had a problem with Pacquiao. In 2012, Pacquiao had denied having mentioned the aforementioned Bible verse to another reporter.

“I didn’t say that, that’s a lie. I didn’t know that quote from Leviticus because I haven’t read the Book of Leviticus yet,” Pacquiao said in a statement at the time.

In what he says is his last fight, Manny Pacquiao is scheduled to go up against Timothy Bradley in Las Vegas on April 9.

LGBT seniors and their pets as the...

Barbara Gittings, the mother of th...