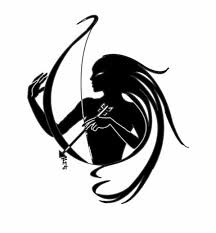 by Astrologer and Psychic, Victoria Bearden

The Holidays are upon us, and so is Mercury Retrograde. That’s right, we are closing the chapter on 2017 with Mercury, the planet of Communication, going into the spin zone. This happens 3 or 4 times a year, so it isn’t “bad” per se. It’s just not quite business as usual when it comes to appointments, new plans, computers, travel, contracts, negotiations, and communication in general. The conventional wisdom during Mercury Retrograde is the following:

1. Don’t buy anything you can’t return.
2. Check and double check your schedule and travel itinerary, even if you think it’s all in place.
3. Expect the unexpected and be flexible.
4. Don’t say or write anything you are uncertain of. Realize others may misspeak.
5. Back up your data and make sure cars and equipment are in good working order.
6. Slow down and simplify things whenever possible.
7. If your ex shows up, it doesn’t mean you should get back together. It’s just a review session.
8. Have a sense of humor and be patient with others. The spirit of compassion works wonders.

Mercury Retrograde is official on December 2, 2017, in Sagittarius. It will be a dominant influence for most of the month. But Mercury goes Direct on December 22, 2017, so at least we’ll be heading out of the woods after that. Mercury is often retrograde during December, which kind of makes sense, when you think of how hectic the holidays can be. Just keep the basic guidelines in mind, and you should be fine. Mercury Retrograde can often have a silver lining, bringing us into contact with important people from the past. It can also help in finding solutions to old problems.

Saturn goes into Capricorn December 20, 2017. This is a game changer, as the planet of work, structure, and order, is finally in its home sign. This is a big deal, as Saturn influences can be rather challenging, particularly when the ringed planet is in a sign it’s not comfortable in. And Saturn has not exactly been a happy camper during its journey through Sagittarius over the past 2 and half years. Sagittarians can join in a collective sigh of relief, as they will likely notice things getting easier now. This is also the case for anyone with Gemini, Virgo, Sagittarius, or Pisces prominent in their birth chart. Since Saturn functions more naturally in Capricorn, this could be a boon of productivity and renewed sense of purpose for many. It’s a great time to get some long-range goals into focus, particularly things that could be accomplished within the next 2 and half years.

There’s a Full Moon at 11° Gemini on Sunday, December 3, 2017, at 7:47 am, PST. The last full moon of 2017 comes just a day after Mercury goes retrograde, so it could be a bit of a wild ride! Full Moons represent the culmination of the monthly lunar cycle, and the highest point of accumulated energy before things begin to wind down. Sort of like the crest of a wave. Gemini/Sagittarius polarity can be a lot of fun, as both signs have an enthusiastic, playful nature. On a more cosmic level, it’s about getting your day to day thinking and communication into alignment with your beliefs and philosophy on life. Time to practice what you preach. This is also a time to reflect on tolerance and understanding for those whose beliefs might be different from yours.

There’s a New Moon at 18° Sagittarius on Monday, December 17, 2017, at 10:30 pm PST. New Moons represent the beginning of a brand-new cycle. It’s time to gather our resources and tune to inner wisdom. The power of the Sagittarius New Moon can be used to affirm optimism and sense of adventure. Sagittarius is a fire sign, symbolic of our ability to put our inspiration into action.

Winter Solstice falls on December 21, 2017, at 8:28 am PST. The Sun enters serious-minded Earth Sign Capricorn and we go into the final seasonal change on the Great Wheel. The Winter Solstice symbolizes the rebirth of the Sun. In Christian traditions it is the birth of the Son, he who brings light unto the world. It is a turning point for diurnal humans, as the shortest day and longest night herald the progression towards longer, more productive daylight hours. It is a time to reflect upon events of the past year and gather together with loved ones.

Our Winter Holiday festivities have deep historical roots. Fire festivals celebrating the rebirth of the Sun can be found throughout the ancient world and modern pagans carry on similar traditions today. The Roman festival of Saturnalia was held on the Winter Solstice, and boughs of evergreen trees and bushes would decorate the house. Gifts were exchanged and normal business was suspended. Ancient Persians held December 25th as sacred to the birth of their Sun God, Mithras, and celebrated it as a victory of light over darkness. In Sweden, December 13th was sacred to the Goddess Lucina, the Shining One, and was a celebration of the return of the light. On Yule itself, around the 21st, bonfires were lit to honor Odin and Thor.

2017 is the Year of the Fire Rooster in Chinese Astrology, and it’s been a wild one. Fire Rooster years are dramatic, fateful, and full of change and controversy. In February 2018 we enter the Year of the Earth Dog, which could bring in some much-needed stabilizing energy.