The perfect poems of Elizabeth Bishop

The perfect poems of Elizabeth Bishop

The poet Elizabeth Bishop was a perfectionist: among her peers, she published only 101 poems in her lifetime, polishing each piece so that every word was sharp and precise in her poems.

But despite this small body of work, Bishop’s reputation has grown such that she is now considered one of the most important American poets today.

Moreover, Bishop was a lesbian who had relationships with other women– though she kept her personal life a secret because of the period in which she lived in.

Bishop was born in 1911 in Worcester, Massachusetts almost an orphan, with her father dying when she was only eight months old.

Her mother was later committed to an institution when Bishop was five years old due to bouts of mental instability.

Her well-to-do paternal grandparents tried to adopt Bishop, but later sent her to her maternal aunt so that she could have a better education at the elite Walnut Hills School for Girls and then on to Vassar College.

In Vassar, she met the poet Marianne Moore, who greatly influenced her to become a poet as well. Bishop also got along with other female writers like Mary McCarthy, Eleanor Clark, and Margaret Miller.

After graduating from Vassar, she lived in New York but did extensive travels to France, Spain, and other countries thanks to the small inheritance she received from her dead father.

When her inheritance ran out in the 1970s, she taught in schools like University of Washington, Harvard University, New York University, and Massachusetts Institute of Technology.

Bishop lived her life to the fullest, and this was evident in her poems.

While living in Key West in 1938, she wrote most of her poems that were collected in her first volume, North and South, published in 1946.

Later on, her second poetry collection, Poems: North & South/A Cold Spring, was published in 1955 and went on to win the Pulitzer Prize.

When she took a teaching position in Harvard in 1970, she won the National Book Award for Poetry for her work, The Complete Poems.

She became a consultant in poetry to the Library of Congress, a post which is now called Poet Laureate.

Likewise, her last work, Geography III, was published in 1976, and this won her the Neustadt International Prize for Literature.

As Ernie Hilbert described her work: “Bishop’s poetics is one distinguished by tranquil observation, craft-like accuracy, care for the small things of the world, a miniaturist’s discretion and attention. ”

“Unlike the pert and wooly poetry that came to dominate American literature by the second half of her life, her poems are balanced like Alexander Calder mobiles, turning so subtly as to seem almost still at first, every element, every weight of meaning and song, poised flawlessly against the next,” Hilbert said.

During her time, it wasn’t safe for LGBT people to be public– and Bishop was no exception.

After all, during that period, the American Psychiatric Association still viewed homosexuality as a mental illness in the 1950s.

Fellow Harvard student, Kathleen Spivack, wrote about Bishop: “She wanted nothing to do with anything that seemed to involve the women’s movement.”

“She internalized many of the male attitudes of the day toward women, who were supposed to be attractive, appealing to men, and not ask for equal pay or a job with benefits,” Spivack wrote.

However, Bishop she did say an interview with The Paris Review in 1978 that: “I’ve always considered myself a strong feminist.”

Likewise, she was well-known for her love of privacy– and for other women.

While in Petrópolis, Brazil, Bishop had a long-term relationship with the Brazilian architect Maria Carlota de Macedo Soares (a.k.a. Lota), who came from a notable political family. Soares later committed suicide in 1967.

In 1971, Bishop began a relationship with Alice Methfessel, who was 30 years younger than her. Mefthfessel later became her literary executor when she died in 1979 of a cerebral aneurysm while living in Boston.

On her gravestone, she requested the epitaph from her poem, “The Bight”: “All the untidy activity continues,
awful but cheerful.”

Do you believe in Mercury Retrogra... 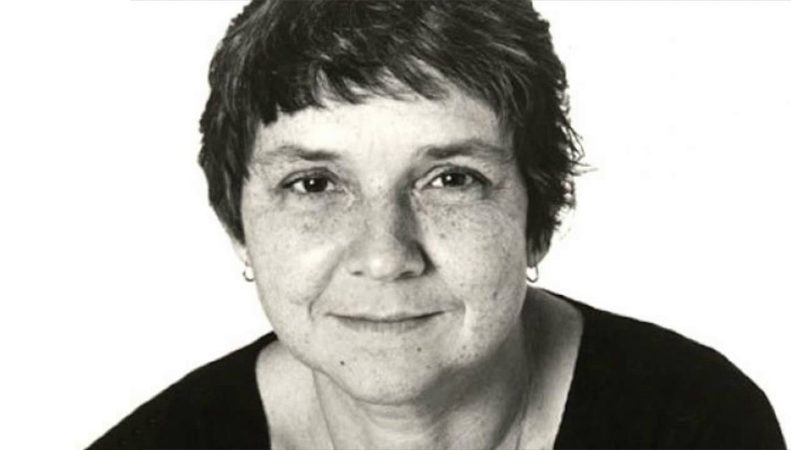