Natalie Clifford Barney is well known for being an American expatriate writer in Paris. However, she’s also been described as the Queen of Lesbians and an Amazon, living openly as a lesbian in the City of Lights.

It was during the period of the Paris literary salon movement in the early twentieth century that Barney became recognized for her salon that had renowned writers like Colette and Edna St. Vincent Millay as guests.

But aside from her support for lesbians and women in general, she was famous for her love affairs with other women like Renée Vivien, Dolly Wilde, Romaine Brooks, and Elisabeth de Gramont.

Barney first met Wilde when she was five years old and the latter was giving a lecture during his American tour at Long Beach in New York.

While she was running away from a group of bullies, Barney was picked up by Wilde, set on her knee, and was told a story. She later described this meeting as her first Great Adventure.

Barney was willful and defiant of social mores at that time. For example, she knew by the age of 12 that she was a lesbian.

It also helped that they were rich, as her mother constantly brought her to Paris with her siblings.

During their many trips, her mother began to hold a salon for artists in 1899 in Paris. Though this wasn’t a major scene, it later influenced Barney when she was older to do the same.

During a vacation in Maine in 1893, the 17-year old Barney had her first romantic fling with 19-year old Eva Palmer, who had green eyes and ankle-length red hair. The two later shared an apartment at 4, rue Chalgrin in Paris.

In 1899, Barney dressed up in a page costume to woo Liane de Pougy after seeing her at a Parisian dance hall. De Pougy was impressed by this “page of love” sent by Sappho and they had a brief affair.

Later on that year, she met the British-born poet Pauline Tarn, better known by her pen name Renée Vivien. The two had a relationship until 1901, when the self-destructive Tarn left her, devastating Barney.

For a time, there was a triangle that involved Barney, the Duchess of Clermont-Tonnerre Élisabeth de Gramont, and the painter Romaine Brooks.

Because Barney didn’t believe in monogamy and had a number of women lovers– including Brooks– de Gramont almost left her. Because of this, Barney wrote up a marriage contract between her and de Gramont.

Fortunately, de Gramont and Brooks later on developed a strong friendship, being used to Barney’s non-monogamous approach to relationships.

Another of Barney’s lovers was Dolly Wilde, the niece of Oscar Wilde. However, despite Barney’s best efforts, she couldn’t save Wilde– who was similar to Tarn– from her own destructive ways.

She also had affairs with Olive Custance, Colette, and Lucie Delarue Mardrus.

Barney’s greatest impact was with the Paris art scene with her salon, a Paris institution and center of progressive thought for sixty years.

From her house in Neuilly to the one at 20, rue Jacob near the Latin Quarter, Barney held court as writers and artists like Colette, Millay, Gertrude Stein, TS Eliot, Isadora Duncan, and Ezra Pound paid her a visit.

These salon visits also had readings and concerts, with even the infamous Mata Hari performing there.

She also tried to support other women artists, establishing her own ‘Women’s Academy” in the face of the prestigious Académie Française’s refusal to admit women in their ranks.

Likewise, writers like Radclyffe Hall and Djuna Barnes were so inspired by this woman that they would include a character like her in their works.

Barney died on February 2, 1972 due to heart failure. She was buried at Passy Cemetery, Paris, Île-de-France, where Brooks was also buried.

In a rare interview, here’s a video of Barney being interviewed below: 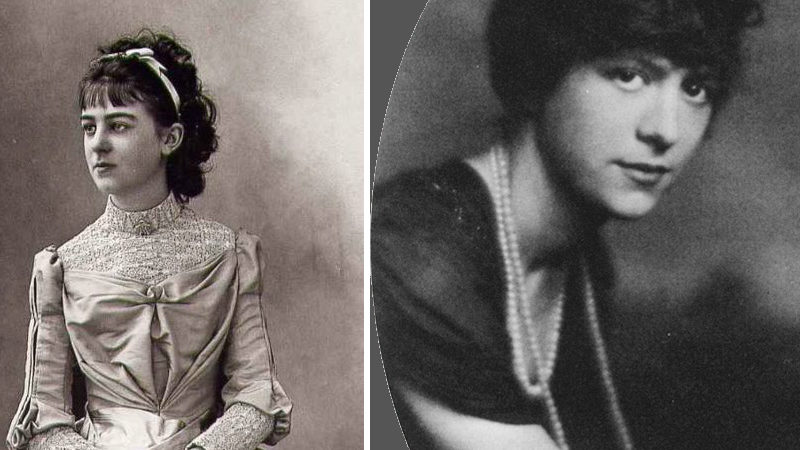