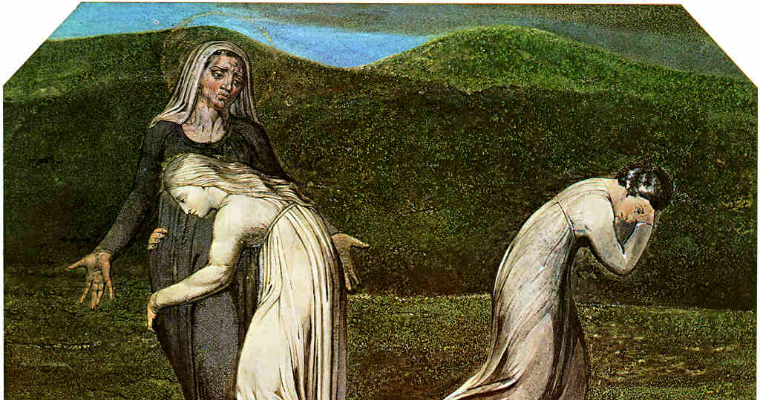 For those lesbians who know their Bible, the use of the passage of Ruth 1:16-17 in heterosexual weddings can be amusing (or infuriating, depending on your mood), given that these lines were spoken by one woman to another, specifically between Ruth and Naomi.

Taken from the Old Testament, the passage in the Book of Ruth goes: “Where you will go, I will go; where you lodge, I will lodge, your people shall be my people and your God my God. Where you die, I will die– there I will be buried. May the Lord do thus and so to me, and more as well, if even death parts me from you.”

Though this passage describes Ruth’s loyalty to Naomi, it has now become something larger than this.

A lesbian perspective of Ruth and Naomi

In particular, lesbians have always championed the love story between Ruth and Naomi in the Old Testament of the Bible.

But while the LGBT consider Ruth and Naomi as their lesbian representation in the Christian world, churches have denounced this as a contrivance.

Where the LGBT see lesbian love, the religious simply see a daughter-in-law’s familial love for her mother-in-law.

So why do newlyweds– both straight and lesbians– swoon to this line if there’s no romantic undertone to it?

The tale of Ruth and Naomi

Described as a tale of two women who love and support one another through difficult times, the Book of Ruth tells the story of the eponymous Ruth, who was married to Naomi’s son who died soon after the father-in-law’s own death.

The husband of Orpah, the other daughter-in-law, also died, and this left three widows in one house, which was the worst state a woman could be in. During those times, a woman with no man had no social standing.

As such, Naomi told Ruth and Orpah to return to their families as this was the only way the two women could survive.

Though Orpah did leave, Ruth refused and uttered the now-famous bible verse.

Arguments on Ruth and Naomi’s relationship

So where did the idea that the relationship between Ruth and Naomi was more than just familial come from?

First of all, in the Bible, Ruth supposedly clung to Naomi in the same sense that Adam clung to Eve. In both context, the Hebrew word dabaq or “cling” was used.

In the story of Adam and Eve, man supposedly clings to his wife as his life companion. In Ruth 1:14, it was said that “Ruth clung to Naomi,” after which Ruth took care of Naomi by taking on the role of provider.

Second of all, the Book of Ruth was all about Ruth and Naomi. Even when Ruth gave birth to a son to Boaz in Ruth 4:17, the women of the village proclaimed that: “A son has been born to Naomi.”

Even after she had married Boaz and bore him a child, the relationship that was most important to her was still with Naomi.