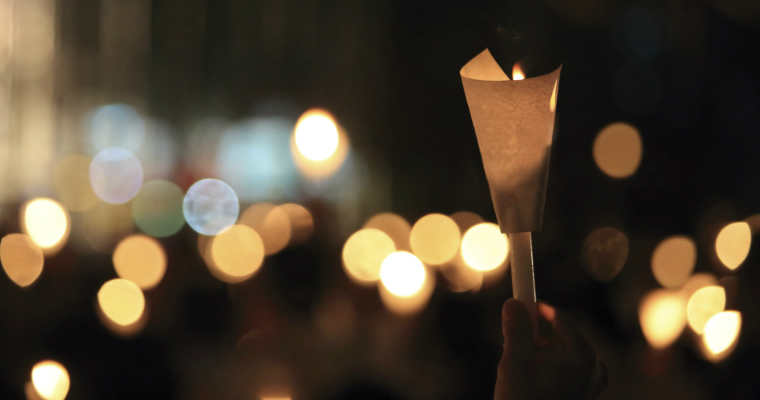 As the world marks the Transgender Day of Remembrance (TDOR), groups and personalities issued statements of hope and support for the transgender community in the wake of the recent presidential victory of Republican candidate Donald Trump.

Despite claims to contrary, Trump has expressed support for anti-LGBT measures like the First Amendment Defense Act, which would allow businesses, landlords, and healthcare providers to deny services to LGBT individuals.

Likewise, Trump’s running mate, Governor Mike Pence, has a known anti-LGBT advocacy, and has promised to rollback support for transgenders.

Therefore, this year’s Transgender Day of Remembrance seems quite heavy on the soul: remembering the transgenders who have been victimized by hate and fear while considering the coming years.

Speaking on the Transgender Day of Remembrance

Fortunately, the TDOR is a good reminder that the individual transgender does not stand alone, with both the transgender community and its allies there in support.

TDOR was first launched in San Francisco a year after the murder of Rita Hester, a 34-year-old African-American transgender woman, in 1998 and whose death remains unsolved. Now TDOR is worldwide.

“TDOR is about mourning those who have been taken from us through violence, transphobia and hatred, and it is a way of recognizing the loss that those lives represent to our community,” said Nicole Cozier, Director of Diversity & Inclusion for Human Rights Campaign (HRC).

“TDOR empowers HRC’s steering committees, members and other activists on the ground to support members of the transgender community in their regions. It’s about mobilizing our communities to reach out and say, ‘We’re here and we stand with you.'” Cozier said.

Likewise, Rebecca Fox, patron of Sparkle, a trans charity, said: “There is hope. The people who attend TDOR are not just trans people. They are friends, they are family, they are colleagues. Most importantly, they are allies.”

“They don’t hate me– they are proud of me. Some of them love me, because I have the courage to be myself, and they are standing in solidarity with us all so that one day the hatred and intolerance trans people suffer at the hands of others in my country and around the world will stop, forever,” Fox said.

The transgender community in solidarity

The TRUTH program, a project of GSA Network and Transgender Law Center, also released a commentary of the coming days.

Prepared by TRUTH’s national youth council and California youth council, the commentary reads: “Donald Trump is taking office and we are still transgender.”

“So we’ll be honest: we’re scared. But as young transgender and gender-nonconforming people, we know that if anything is certain, it is that we are ready,” they added.

The commentary warned that “Being young and transgender under a Trump presidency means we will undoubtedly have the spotlight on our community but in a more direct way than before.”

“But we do know one thing: there is a reason the transgender pride flag has more colors than white. We do not wave white flags; we will not surrender. There is so much power in us– this we have already proved,” they declared.

“Remember your power, your presence. Remember your worth,” they said. “Remember, we got you, and you are loved.”

Anti-LGBT appointees in the Trump...