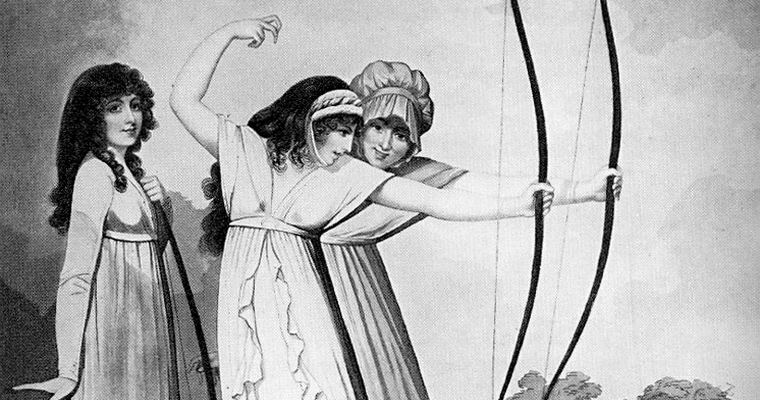 There was a brief but very glorious period in our history when women were accepted to have female romantic friendships with each other.

It wouldn’t be called romantic friendship for another century but it was exactly that: two women became bound by their friendship and romantic interest with each other.

For a lot of them, their romantic friendship would last a lifetime as they abandoned the tradition of marriage to men and committing themselves to their woman friend.

This arrangement was also known as a Boston marriage. This was regarded with asexual undertones and celebrated for its beauty and innocence.

As 18th century American writer William Cullen Bryant– who came upon two “maiden ladies” completely caught up with each other– wrote, “In their youthful days, they took each other as companions for life, and this union no less sacred to them than the tie of marriage has subsisted for 40 years.”

As the 19th century was winding down to a close, building the country was the number one thing on men’s mind.

Because of this, men stayed out of the house, got jobs, and helped in the economic and industrial growth of the nation.

For their part, women– while they made their own contribution to nation-building– were left with each other and soon formed friendships that bordered on romance.

“While romantic friendship had had a long history in Western civilization, it took on particular significance in nineteenth-century America, where men’s spheres and women’s spheres became so divided through the task of nation-building,” wrote Lilian Faderman in Odd Girls and Twilight Lovers.

“Women, left to themselves outside of their household duties, found kindred spirits primarily in each other,” Faderman added.

This development was further strengthened when women were allowed to get education.

In universities, as they were learning about the world, they developed confidence to set their own rules, standards, values and roles not dictated by tradition.

Romantic friendships, especially in a college setting, furthered this emancipation among women, which was accepted by society and was not condemned.

For example, in the exclusive girl’s college Vassar, students would court each other in the traditional way of flowers, gifts and romantic notes to each other.

Some colleges would have all-female dances where some women would treat other women in gentlemanly fashion. When the courted woman would show interest, other “dates” would follow.

Writers Edna St. Vincent Millay and Willa Cather were one of those who had romantic friendships with women.

Sadly, this ended that beautiful period when the likes of Sigmund Freud put malice into it. Women who loved other women had to hide their feelings once again.

Scarlett Johansson to sing for amf...

Louise Pearce: The doctor who cure...