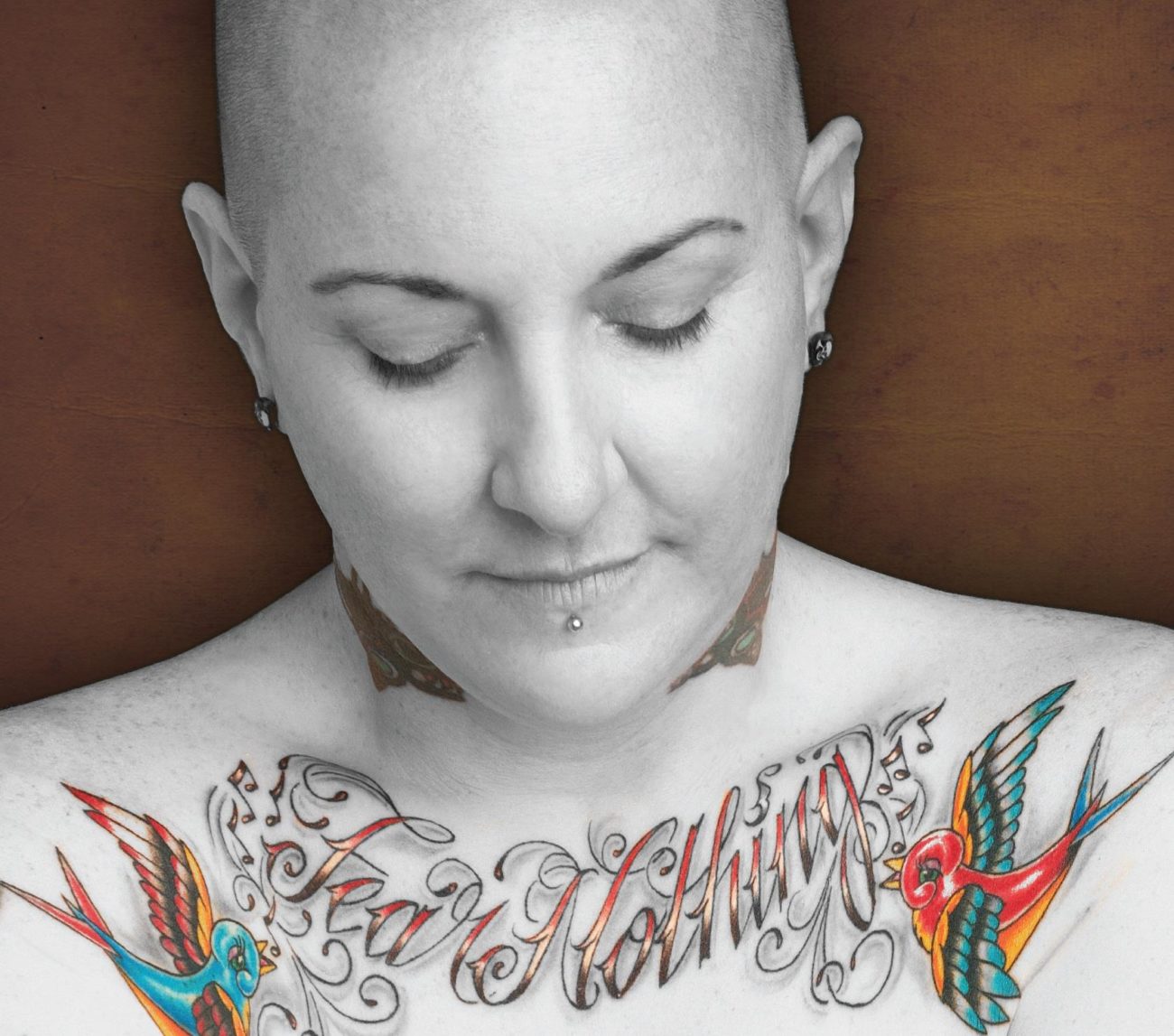 It’s always exciting for me to interview musicians because I, too, am one. This latest interview was definitely with someone who is cutting edge… one who is bad a** … and one whose voice rocks your soul. Beverly McClellan was a finalist on NBC’s first season of “The Voice.” I can see why she was selected. This girl can sing… Her energy is contagious and her hardness is only on the outside… Inside, she is kind, she is sensitive, she is a delight to talk to, and someone you would want to hang with. Her Voice only got her recognition. Her talent is what keeps her successful. She recently toured with Steve Vai and plays lots of Pride Festivals across the country.

DK: Tell me a little bit about your background and how you got off the ground:

BM: I’ve been a local musician for Fort Lauderdale, Florida. I’ve gone everywhere from New York to Key West. I’ve covered the east coast and had never done anything west coast, traveled or toured or anything like that. One of my band members said to me, “Hey, I’ve got this email about this show. They are not allowed to see you.” Well, my being bald, tattooed, colorful, festive, I was like… yeah let the voice speak for itself. I’m game, whatever. I sent them a YouTube video and NBC called me an hour later and told me to interview with them in Miami and if I passed that, I’m going to LA! That’s really how it went down. I was just like, this is crazy!

DK: Did they put you up in the hotel?

BM: Oh yeah. Everything. You’re sequestered to talk about it.. The five million dollar secret. What was I going to say? I didn’t know anything. I knew as much as they knew when they weren’t really telling us anything. They just put us all together in a hotel and said, “don’t tell anybody but you guys are it!” This is what we are starting with and I was like… wow, this is really happening. What is going on Beverly? You signed yourself up! I went on a dare. I thought, I can prove this to my guys. I had nothing to lose so whatever.

DK: As long as we are on the topic of The Voice, what was that like? Did you rehearse every day?

BM: It was a scheduled regiment, daily until the very end. That was wild being held up in a hotel, hanging out at Warner Bros every day with Christina Aguilera, Cee Lo, Adam Levine, Blake Shelton and whoever else they brought in there. They brought in Stevie Nicks. I sang with Cyndi Lauper. California, I fell in love with California. It all happened in LA…. the madness.

DK: Was that your biggest break?

BM: I would say! I hadn’t been on anything ever and because of the age factor, at the time, 41. American Idol, all those shows, wouldn’t even look at me and I didn’t want to do American’s Got Talent because you could be up against a juggler. It happened so fast. I can’t believe it. It was like a year of my life and then touring. It’s maintained it’s authenticity for me as an artist to come off a show like that and be able to be exactly who I am.

DK: Speaking of your voice, it’s amazing. It’s just raw. How do you get that cut or that edge in your voice. Did it come natural?

DK: Were you self taught?

BM: Oh yeah. The hills of Virginia. There are more animals out there than there are people so you really had to find something to do. Music was my everything. I come from a bluegrass background so that’s why I play all kinds of different instruments. If you come from bluegrass background, there’s banjos, there’s guitars, there’s upright bass, all these things, pianos, organs. I was around that my whole life. My mother was a piano player, my dad played guitar.

DK: Since this is a lesbian magazine, our readers are going to want to know, are you single?

BM: I am happily, happily married. Well engaged. We haven’t tied that official knot yet but it’s as official as it can get without walking down the aisle.

DK: Congratulations. Where will you be going to get married and in which state?

BM: Oh gosh. Hopefully, we will all have choice of things in life soon. That would be a really cool goal – wherever you live, you could get married. I think it should just be a human right. I think American’s here on that. I really do. I mean, I hope so. It shouldn’t be such a fight to have the right. It’s just a matter of politics at this point.

DK: So you think America has changed its view on gay marriage?

BM: Gay in general. We have come such a long way. I’m an 80’s baby. I mean, coming from Madonna being shocking, she can’t do anything that would appall these days. To think the things that are out there and hopefully, I became one of those figures. I have met a lot of people along the way touring or what not who have said, “I’ve watched you on the show and you changed my life and you taught me to basically be yourself.” Here I am coming up on 44 in July. I have a different perspective than a fifteen year old but if they are looking up to me then that’s good. I feel like I am a role model because I’m head strong for sure. Don’t take on a southern woman, you’ll lose.

DK: And the world has changed in music. It used to be a man’s world. BM: Oh sure. Speaking of a man’s world, Cyndi Lauper, when I sang with her on the show on the second season… when I came back they asked me who you want to sing with. Lady Gaga and all that is really cool. That’s today’s teen music but what was I into? If you can get me Cyndi Lauper, that’d be great. They called me an hour later and I couldn’t stop myself for the entire two weeks before I flew to LA to sing with her, meet her and I was walking around the whole time in the house. I look at my girlfriend and she is making dinner and I’m like, “hey… Cyndi Lauper said yes by the way…” She defined different back then. She’s the whole reason I started shaving my head on the sides and then… forget about it. I never went the skirt route but I did have some parachute pants. They were red.

DK: You’re definitely a trend setter with your hair… no hair…

BM: (laughs) you know, I just think I’m not my hair. I shouldn’t have to put a trend on that but if it became a trend by my not wanting to have one, then cool! To be really brutally honest, I’m glad I shaved my head. On tour, can you imagine having to take make-up people and all that? No. Beverly doesn’t need that. Beverly needs a razor, a shower and just a room to herself with some Mountain Dew, some peanut butter pretzels, and we’re good.

BM: (laughs) Oh yeah. Well, other than the Mountain Dew.

DK: I noticed looking you up, you were touring with Steve Via? Impressive!

BM: He’s very impressive. I’m actually on his album. When I was on tour with Steve Via, I’m sure I was a definite new thing for his fans.

<Dogs start barking at her house and Beverly tells them, “Mommy’s on an interview right now” >

DK: Do your fans ever compare you to Melissa Etheridge? You two have that same vibe in the voice.

BM: Oh yes! Forever! Forever, forever, since day one. She came through town in Fort Lauderdale and I put myself on her list to meet her and when we saw each other she was like, yeeeeah and “that’s not an easy song to cover. I know because I wrote it.” I had a chest cold when I sang it! Christina Aguilera really came through. She was like a mama nurturer and sent a nurse to my room with medicine. She said take care of yourself and here I am in the back ally smoking cigarettes and drinking Mountain Dew. She knows… she knows I’m bad. Lord loves a sinner… whatever…