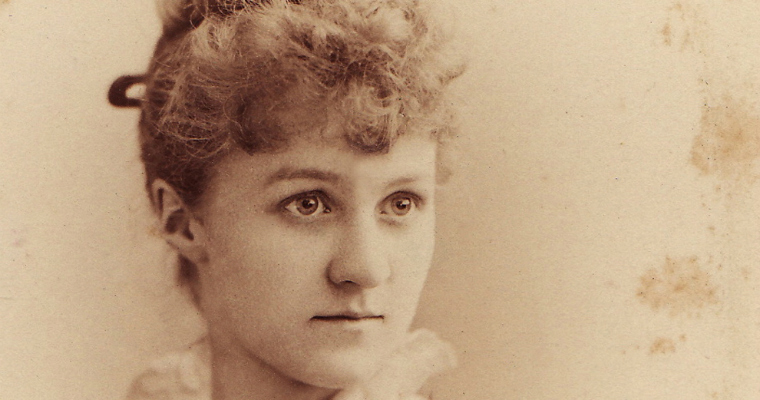 At first, Edith Lake Wilkinson led an idyllic life as a painter in Cape Cod.

Born to an artist mother who also taught art in Wheeling, West Virginia, Wilkinson followed her calling. She moved to New York and studied art. This was where she met Fannie Wilkinson, who became her long time companion.

The couple would often travel to Europe, but would spend summer and autumn in the art colony of Provincetown, located at the tip of Cape Cod.

While there, Wilkinson often painted the local color of the town. Her paintings– which seemed to jump out alive from the canvass– soon became the toast of Provincetown.

But this artistic, bohemian life came crashing down when she was committed to an asylum.

George Rogers, the lawyer handling her estate, had misgivings about her closeness with Fannie. He wanted to separate the two of them.

In a letter, Rogers wrote: “Regardless of how good friends two persons may be, it is my opinion that an occasional chance to be by one’s self is welcome and beneficial.”

Of course, at that time, Rogers was also siphoning money left to Edith by her family.

Later, Wilkinson was hospitalized twice at the Sheppard Pratt Institution in Baltimore, the second time staying for ten years. Both times, she was admitted for ‘paranoia.’

While Fannie stayed by herself in the apartment they had once shared, all of Wilkinson’s belongings were packed in a trunk– including her paintings– and shipped back to Wheeling.

With the death of Fannie at the age of 76, Wilkinson was placed in the Huntington State Hospital where she stayed until her death 30 years later.

Edith Lake Wilkinson: A tragic novel of a life

If Wilkinson’s story seemed something straight out of a crime novel by Patricia Highsmith, a lot of lesbians from the past had truly tragic stories.

Most of their suffering were due to their sexuality, and what happened to Edith was one of the great examples.

Whether or not there was just cause at that time to place Edith in an asylum, it didn’t help that she was an unmarried, childless woman living with another woman.

Because of this, whatever greatness she could have achieved was packed up along with her beautiful paintings.

If not for her niece– filmmaker Jane Anderson– Wilkinson would have been a forgotten artist.

However, HBO premiered a documentary called Packed in a Trunk: The Lost Art of Edith Lake Wilkinson last year.

It was co-written and produced by Anderson together with her wife, Tess Ayers.

“I could have been her but I’ve benefited from all those grand social movements that have given women of my proclivities the freedom to live however we damn please,” Anderson said.

“I’m now in my late fifties, the age Edith was when she was put away. I’m still productive and I’m very much loved. I have the life that Edith should have had,” she added.

“Edith’s paintings are a witness to my own happy life, and I felt I owe her something. It’s time to give her story a better ending,” the filmmaker declared.

Edith Lake Wilkinson’s story is something that a lot of lesbians had experienced throughout history. Hopefully, they will also have better endings.

For more information about Edith Lake Wilkinson’s story, check out the documentary trailer below: