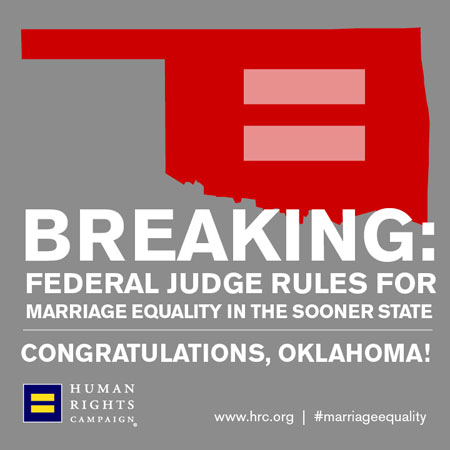 “Judge Kern has come to the conclusion that so many have before him – that the fundamental equality of lesbian and gay couples is guaranteed by the United States Constitution.  With last year’s historic victories at the Supreme Court guiding the way, it is clear that we are on a path to full and equal citizenship for all lesbian, gay, bisexual and transgender Americans.  Equality is not just for the coasts anymore, and today’s news from Oklahoma shows that time has come for fairness and dignity to reach every American in all 50 states.”

Two plaintiff couples, Mary Bishop and Sharon Baldwin and Gay Phillips and Susan Barton, filed their case, Bishop v. Oklahoma, in the U.S. District Court for the Northern District of Oklahoma in November 2004.  Lead counsel in the case are Don Holladay and James Warner of the Oklahoma City law firm Holladay & Chilton PLLC.

The ruling comes on the heels of a year-long string of electoral, judicial and legislative victories for marriage equality.  In recent weeks both the New Mexico Supreme Court and a federal district judge in Utah have ruled in favor of marriage for lesbian and gay couples. 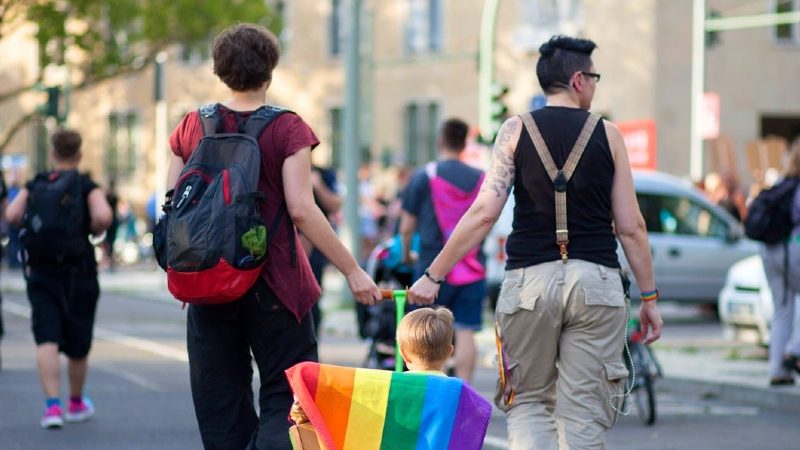 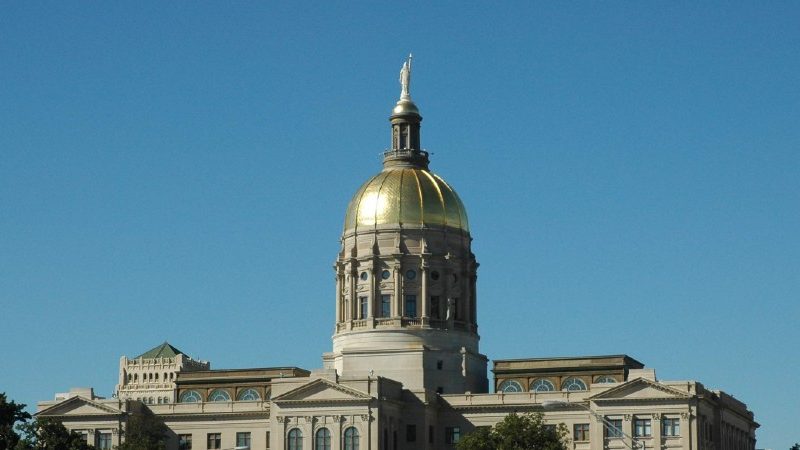