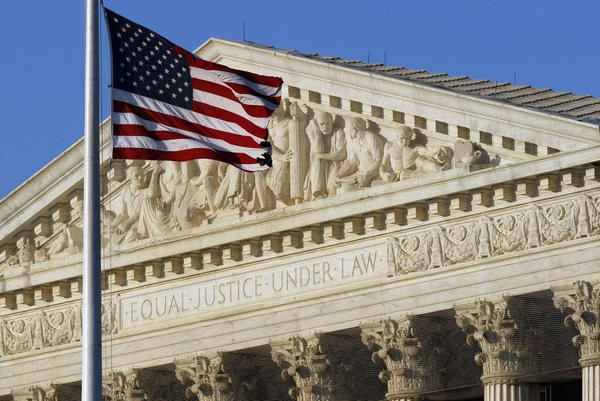 Even though they scored a key victory in federal appellate court, attorneys for three Utah gay and lesbian couples said Thursday they plan to ask the U.S. Supreme Court to take Utah’s appeal of a favorable gay marriage ruling.

It is vital that justices weigh in about whether state same-sex marriage bans violate the Constitution to settle the matter for a nation that needs an answer, said Kate Kendell, executive director for the National Center for Lesbian Rights. The group is representing the couples alongside private attorneys in Utah.

“Because we understand the tremendous importance of this issue, and that the ultimate question can only be finally resolved at the Supreme Court, we agree with attorneys for the state of Utah that the court should take the case and provide a final resolution,” Kendell said.

Utah filed its request this week for the justices to hear an appeal of a June ruling from the Denver-based 10th U.S. Circuit Court of Appeals, which found states cannot deprive gay and lesbian couples of the right to marry. The state argued a high court review is necessary for an issue that has been “percolating” for four decades, with current court rulings across the country causing legal chaos.

Utah on Tuesday became the first state to ask the justices to review a state same-sex marriage ban since the high court struck down part of the federal Defense of Marriage Act last year. Oklahoma followed suit Wednesday.

An appeal of Virginia’s case also will be before the Supreme Court soon. Virginia Attorney General Mark Herring said earlier this week he would ask the top court to review a decision from an appellate court that struck down the state’s gay marriage ban, even though he supports the lower court’s decision.

It is rare but not unheard of for winning parties to ask the Supreme Court to hear an appeal, Kendell said. She said it shows that people on both sides of the issue agree on one thing: It’s imperative that the justices weigh in.

The high court is under no obligation to take Utah’s case, and legal scholars say the justices could wait for more rulings from other appellate courts with gay marriage cases pending.

Kendell’s organization also announced Thursday it is bringing aboard a former U.S. solicitor general, Neal Katyal, to help litigate the case. Katyal has handled 19 cases before the Supreme Court in the past five years, his bio shows.

Utah state officials also have brought in outside attorneys to work the case. The state’s three-man team is led by Gene Schaerr of a Washington, D.C., law firm and former Michigan solicitor general John Bursch.