The Women’s March after the Trump inaugration 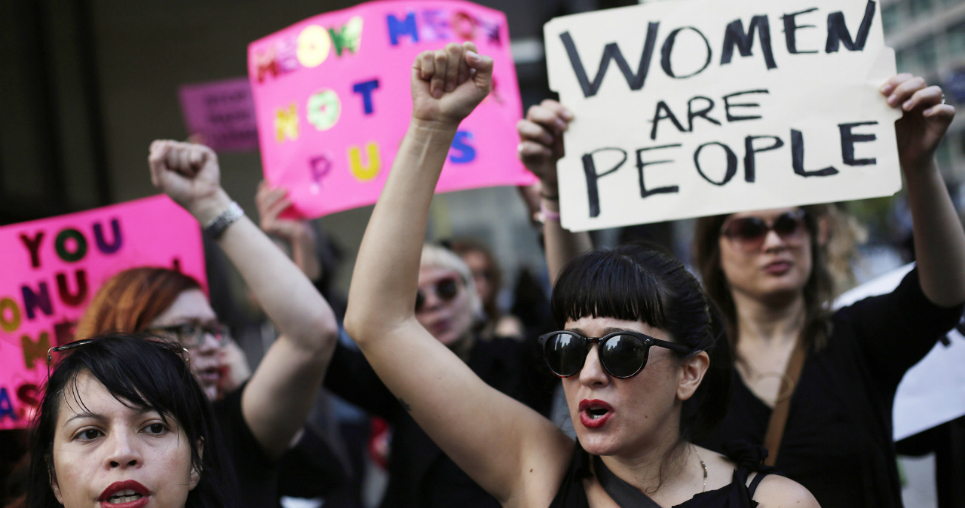 The Women’s March after the Trump inaugration

Mark January 21 on your calendar next year with the national Women’s March in Washington, DC massive protest scheduled on the day after Donald Trump’s inauguration as the next president.

At its heart, the message of the Women’s March is simple: women’s rights are human rights.

The plan for the Women’s March started a day after the US presidential elections with the selection of Trump as the next president of the United States.

“As the Illinois organizers for the March, we invite all women and our allies to join this national effort and turn fear into direct, positive action by demanding protection of civil rights for all Americans,” said spokeswoman Mrinalini Chakraborty said.

“It is our vision that the Women’s March on Washington will be a springboard for action and will galvanize the hundreds of thousands of marchers to return to their local communities and participate in a multitude of local efforts directed at positive social change,” Chakraborty said.

Organizers– endorsed and supported by groups like Chicago Women Take Action (CWTA), the National Organization of Jewish Women (NOJW), and Rainbow PUSH Coalition– have been coordinating on the promotion and logistics of the march.

These include setting up sponsored buses for those who need financial assistance in Illinois who want to join the march in DC.

Women’s March: Chicago on the move

Chicago organizers have also made plans for January 21, marching not only for women’s civil liberties and rights but also for the different communities of the country.

“We are the women of Chicago. We are varied races, ethnicities, ages, religions, sexual identities, economic situations, politics, and countless other diversities, and we will share space on January 21 to protect our rights and our humanity,” said Liz Radford, one of the Chicago organizers.

“We are marching to voice protests and concerns because our rights, safety, and values are at stake. The mission of this march is to connect, protect, and activate in our communities,” Radford said.

This march was a grassroots effort begun last mid-November 2016, with more than 22,000 signifying interest to join. Its official Facebook page garnered 10,000 registrants within 48 hours of going live.

“The Women’s March on Washington will send a bold message to our new administration on their first day in office, and to the world that women’s rights are human rights. We stand together, recognizing that defending the most marginalized among us is defending all of us,” the organizers of the march wrote on their website.

Likewise, though the march is in support of women, organizers declared that: “any person, regardless of gender or gender identity, who believes women’s rights are human rights” are invited.

“We want to ensure that this country knows women are not happy,” co-founder Tamika Mallory said. “And when we get angry, change happens. We make things happen.”

“This effort is not anti-Trump. This is pro-women. This is a continuation of a struggle women have been dealing with for a very long time. In this moment, we are connecting and being as loud as possible,” Mallory said.

FADA to be pushed during Trump adm...

Tegan and Sara Foundation to help...