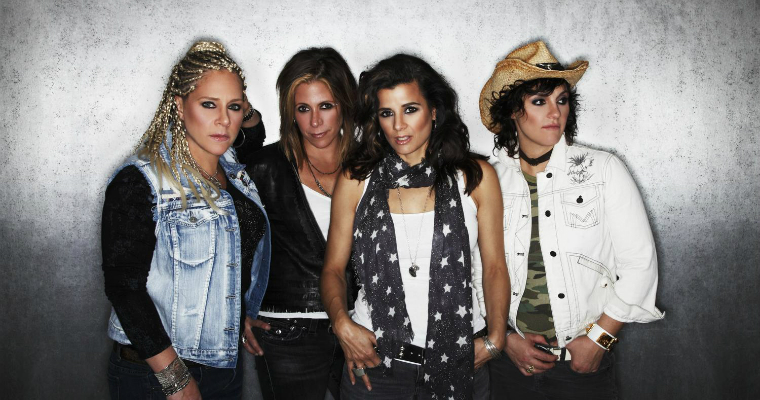 When you’ve created a name of being the best all-female-boot-stompin’-alt-country-rock band in the music scene, what do you do next? Well, if you’re Antigone Rising, you make sure to let young girls know that they can do it, too.

The famed rocker Joan Jett once said, “Antigone Rising is carrying on the feral spirit of The Runaways.” Not surprising, founding sisters Cathy and Kristen Henderson have a similar philosophy: play better than the boys and make sure the fans feel like part of the family.

From capturing the spotlight in 2005 with a spot at the Top 20 of the Billboard Heatseekers chart for a whole year to playing with The Rolling Stones, Aerosmith, Rob Thomas, The Allman Brothers, and The Bangles, Antigone Rising has made sure to follow this philosophy.

They’ve also stayed true to their fan base. Their first independent fan-funded CD– Rock Album in 2008– raised ten thousand dollars. But this was during the age of checks in the snail mail and there was no Kickstarter in sight.

Their latest effort was 2011’s 23 Red and they offered fan perks like bowling and kickball with the band, private house concerts, and even band members making personal happy birthday phone calls.

Of course, Antigone Rising has loyal fans because of their music: their soaring three-part harmonies caught music industry icon Jason Flom’s ear. Thanks to him, Antigone Rising got signed up with Warner Music Group’s Lava Records in 2004 and then had their songs played exclusively at Starbucks.

With the money they raised on Kickstarter with 23 Red, they were able to create their own label, Rising Shine Record. Joan Jett’s Blackheart Records Group helped them get a distribution deal while Starbucks added some of their songs on their rotation in their US and Canada branches.

Antigone Rising were also invited by the US government to travel and perform throughout the Middle East as cultural ambassadors, playing in Bethlehem and Tel Aviv and performing outreach workshops in remote villages along the West Bank.

The Girl Bands Rock program will provide kids the opportunity to see women excel in a male-dominated profession and offer them strong female role models to follow. Likewise, the band will be giving back to their community.

With Girl Band Rock, Antigone Rising will be partnering with school districts and youth centers to create innovative programming dedicated to building confidence in youth by developing leadership and creative skills through musical workshops, outreach programs, and performances.

Check out their music video below to see why Antigone Rising’s music has all their fans stomping their feet. What’s more, check out Lesbian News’ October issue to see our feature on Antigone Rising.