Behind every song is a story. With music videos, we get to understand and relate to those stories better. Thankfully, lesbian-themed songs today can be fully expressed with beautifully-made lesbian music videos for our viewing pleasure.

Our top 5 from the best lesbian music videos of 2017

More and more queer artist are becoming bolder and more confident in asserting who they are as individuals beyond their sexuality. This is why 2017 has delivered some of the best and most creative lesbian music videos we’ve seen. Here are our top 5 favorites and why we like them.

Be Steadwell’s songs are confessions of how she feels about dating and loving women. For the heartaches, she wrote a whole album. “New Girl” is the newest single in her album Breakup Songs.

Why we like it: Like her songs, the music video was made to tell a story. Since the song is about rebound, the video shows exactly that—the new rebound girl she got and the whole basketball theme going on.

Furthermore, just like how her stories are true-to-life, the music video is raw and natural. Oh and stick around after the song ends for some fun behind-the-scenes bit.

Why we like it: The melody has a sexy laid-back summer vibe that would make you want to hit the beach the moment you hear it. It’s a sweet surprise that the video shows a deeper side of the song—how it feels to find that someone who perfectly suits your taste, like that cocktail you’d drink all night long. Also, Keeana is hot—the kind of hot we like in lesbian music videos—with a natural sexy vibe that shows individuality.

Til the Crying Fades

Brooklyn indie-folk-pop artist Julia Weldon brings attention to dark realities of the world through her music. “Til The Crying Fades” is the first track on her album Comatose Hope, which she created after waking up from a coma, post-gender reassignment surgery.

Why we like it: Powerful is the word to describe “Til the Crying Fades,” for both its music and its video. The melody and lyrics are matched by a compelling video that stirs various forceful emotions.

The video honors the 49 lives lost at the Pulse Orlando tragedy that happened on June 12, 2016. It centers on presenting the queer community in which the victims are a part of. It shows how they were people too who lived their lives just like everybody else and that we need safe, joyful, and celebratory spaces just like everybody else. The feeling of despair you get at the end of the video is hard to shake off. This is why no matter if this isn’t exclusively a lesbian music video, it still has our vote.

Hayley Kiyoko has given us quite a list of queer pop songs and videos and “Sleepover” is another great addition to the playlist. The song is from her latest album with the same name.

Why we like it: “Sleepover” is a song about unrequited love. It may be the most relatable feeling there is for any queer woman, but its video brought its lyrics to life. Kiyoko did a magnificent job portraying how it is to deal with romantic feelings for a friend who reciprocates only in fantasies. As she sings “At least I got you in my head,” it’s like she’s trying to convince herself more than anyone.

Of course, we enjoyed the fantasy scenes—making out, dancing, taking a bath, and lying in bed together. They have just the right blend of sweet and sexy, like how we’d actually imagine being with a crush. Then boom… you remember how unrequited love is the worse.

“Soon II” is another compelling track from Julia Weldon’s album Comatose Hope. She collaborated with 17-year old director and current high school student Kevin von Puttkammer to give the song its visuals.

Why we like it: “Soon II” is hauntingly beautiful and so is the video. You’ll feel nostalgic and a bit sad following the teenage romance depicted in the video.

Teenage love is hard, exhausting, and heartbreaking, and this is exactly what the student-director Kevin von Puttkammer was able to capture in this video. What makes the “Soon II” video unique from the other lesbian music videos we picked here is that it’s almost like watching a teenage drama series. It hits you in the feels.

The irony and hypocrisy of Roy Moo... 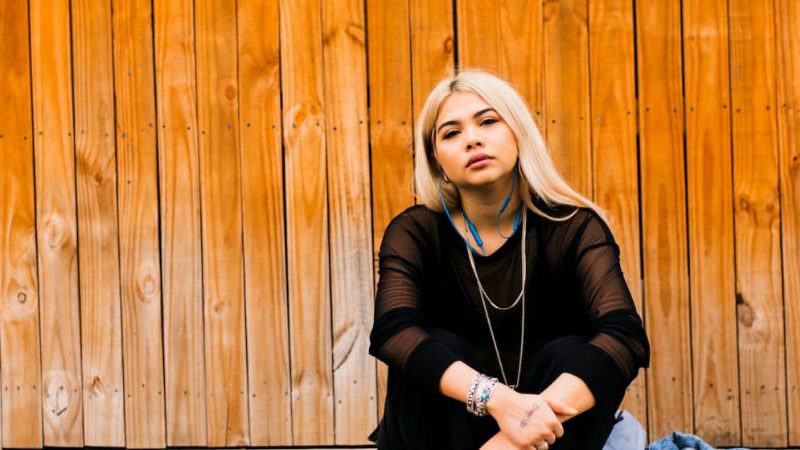 The coming of Hayley Kiyoko, l... 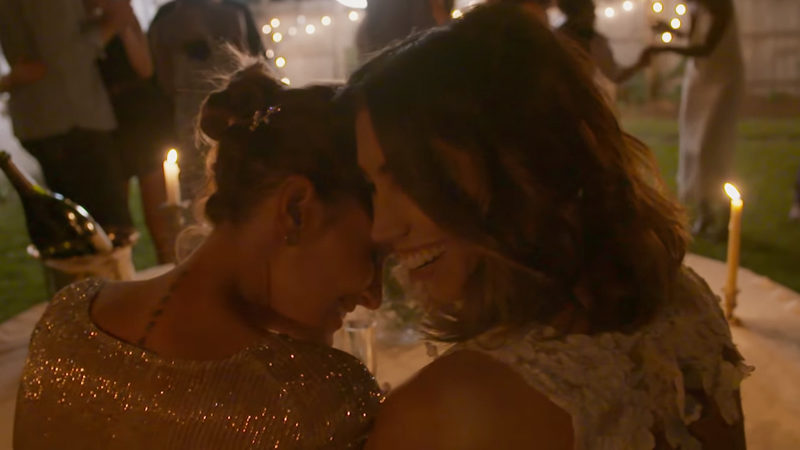